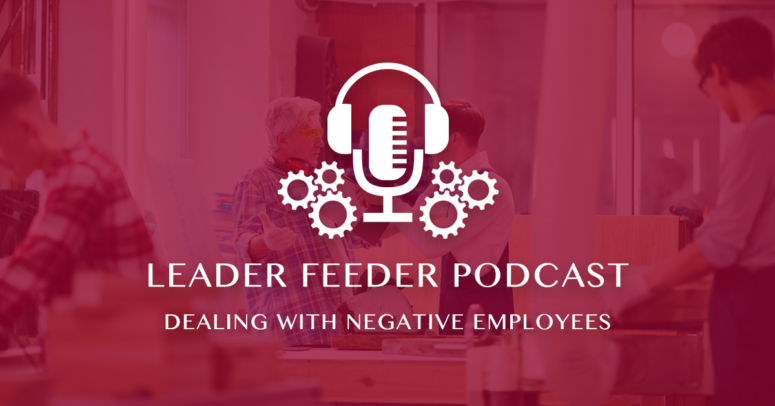 Dealing with negative and complaining employees is one of the top frustrations that leaders face.

How can you, as a leader, combat the negativity and complaining that you hear from your team?

Remember that people who are negative don’t think of themselves as being negative. They just think they’re being conversational or perhaps doing you a favor by pointing out the things that aren’t going well in the workplace. If you actually call them a negative, complaining person, they’re probably going to say, “Hey, what are you talking about? I’m not negative. I’m just a realist!”

In your personal life, you can choose who you spend time with. When you’re at work, you usually don’t have that choice.

You have to interact with all of your team members, including the ones that you don’t particularly enjoy talking to.

If you choose to ignore them instead of interacting with them, that just causes even more negative behaviors and a lack of motivation overall. As the leader, you’re going to have to suck it up and still interact with people who are negative.

How do you deal with the negativity without letting it drag you down as the leader?

Limit, but don’t avoid people. You can spend less time interacting with the people who are negative, but you can’t outright avoid and ignore them. Ignoring them will cause overall morale to decline, both for the individual you ignore and for the other people on your team. You’re going to still have to interact with the negative people, but you can limit your interactions and set tighter parameters around those interactions. 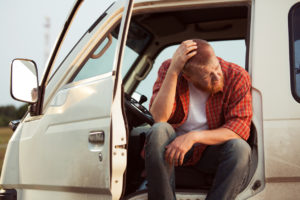 To do that, we go on to the second tip, which is ask the right questions. When you ask somebody, “How are you doing?” Or, “What’s happening? How are things?”, those questions are likely going to invite more criticism and complaints from a negative individual.

Instead, ask, “Hey, what did you do for excitement over the weekend?” Or, “How did that tournament your son was in go?” You’re just asking about more positive subjects, like, “Hey, what suggestions would you have for making things even better?” Hopefully that will incite constructive and helpful answers to your questions.

And the third tip is to listen and reflect. You listen to them and you reflect back what you heard. You might say, “I hear what you’re saying. You’ve got some concerns about this. What good things happened and what suggestions do you have?” That way they know that you heard them instead of just ignoring their comment.

You’ll always have at least one negative team member. Know how to manage them. Click To Tweet

The next tip on the list is to take an alternate point of view or reframe it to be more positive. The intention is to help them see that there might be another side to what they just told you.

For example, they just pointed out a negative; you could say, “I hear what you’re saying. You see this change as negative, but when I think back to some of the other things that we thought were negative, eventually we worked them out and it turned out okay. So let’s view this as an experiment, and stay curious about it.”

My last tip is to remind people of past success. Even though they might be complaining about a particular issue right now, you can remind them of all the ways that things have gotten better and turned out okay. Remember the goal isn’t to change the person – it’s to combat the negativity a little bit.

If, after all of the above, it doesn’t work out, your last course of action as a leader is to address it as a behavior issue.

That means you’re going to have a conversation with the person about their negative and critical comments and request that they be helpful and supportive, or at least open-minded to looking for a solution. You may have to have a disciplinary talk or conversation about those behaviors and ask them to dial them back.

Dealing with negativity and complaining is just part of your leadership job. You’ll have to get stronger at containing it and helping the negative team member look for positives.