When you give an employee feedback you have to always follow up.

As a leader, how do you follow up on a corrective conversation to sustain the positive changes that you’ve asked an employee or team member to make?

If they make the change, but you don’t recognize it, there is a chance they might slip back.

Acknowledging positive changes makes it easier for you as the leader to address performance issues when they come up. Click To Tweet 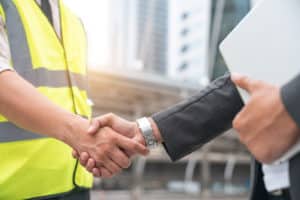 When somebody starts making the changes that you asked them to make, it’s important that youacknowledge those positive changes. In fact, as a leader, 80 to 85% of your job is simply to keep building on positives. You want to keep building on the positive so that your team performance increases over time.

As a bonus, acknowledging positive changes also makes it easier for you as the leader to address performance issues when they come up because your team will know that you generally focus on the positives.

So remember – if you want to support a team member in sustaining changes that you asked them to make acknowledge their efforts to change when you see it and make a point of looking for it.