How do you deal with the abrasive personalities that you interact with every day as a leader?

One of our most popular and most requested topics is how to deal with abrasive people.

If you confront them and say, “Hey, I have to talk to you about being abrasive,” they are going to say, “I don’t know what your problem is. You are just overly sensitive.” That being said, I do have a few tips for you on how to deal with the abrasive people in your sphere of influence.

Number one is, focus on tasks and actions. These are not people who would like to talk about feelings because they think it’s just all messy. Rather focus on the job that needs to get done and its specific tasks. In other words, be task-oriented when speaking to these people.

The second tip is to focus on the facts. Abrasive people don’t think of anything except the evidence, the data, and the information and what it tells them. Of course, there are lots of ways to interpret data and information, but an abrasive person appreciates seeing something in black and white. Those are the things that they can get their head around. 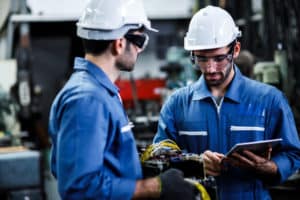 The third tip is, let them be able to change their mind. Abrasive people don’t like to lose and don’t want to admit they were wrong to begin with. So, you’ve got to give them a chance to change their mind. That means not boxing them into a corner where they have to lash out at you but instead give them some time to process things and come to your way of thinking. It will be more successful for you to let them do that.

If you are dealing with abrasive people, and they are your employees, that is you are their supervisor or their leader, then you’re going to have to deal with this as a behavior issue. You are still going to use the same approaches, but this time you’re going to be very clear about their behavior currently versus what you would like to see happen. That way you can help them modify their behavior to meet your expectations and to reduce the conflicts they have with others.

This is the first of a two-part series. In the next Leader Feeder, we will be looking at how to deal with what to do if you are accused of being an abrasive leader, and how do you change your own behavior?