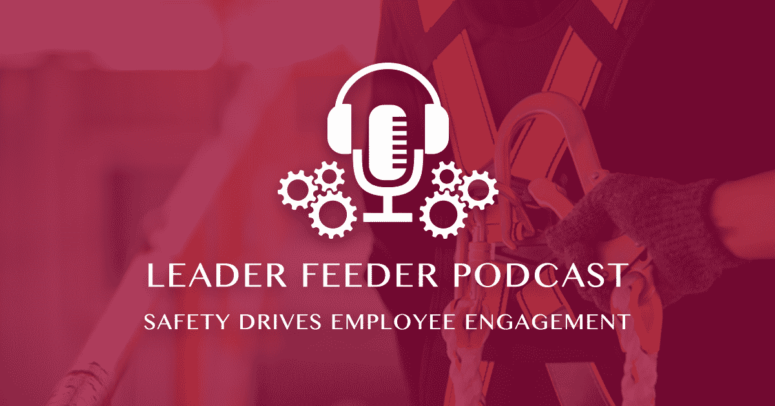 Show your team that safety is much more than checking the box.

Do you want to really motivate your team? Emphasize safety and safe work practices to your team because you care about their well-being.

When leaders focus on safety, it tells employees that leadership cares about them.

Within the same corporation, there were two different sites. One site always focused on safety at the beginning of their meetings. Not just a safety talk, but the management team consistently tracked safety performance. As a result, they had no accidents for as long as two or even three years in a row.

The other site within the same corporation had regular accidents, two or three a year, some of them fairly serious. Not only were people getting hurt, but the cost to the company was substantial. It’s not unusual for an accident that requires even minor surgery to cost up to $250,000.

When the site that was performing poorly attempted to reduce the accidents, they initially went about it the wrong way. They started with a zero tolerance policy where they would discipline and sometimes terminate people for being unsafe.

As a front line leader and even as a management team, you really need to understand that when you focus on safety it communicates to the employees that you care about them, and that causes them to care more about the company and the quality that is being delivered to your customers.

Remember that most safety violations and at–risk behaviors are usually motivated by wanting to increase production.

Your team wants to get things done and may take a shortcut because they think they’re going to get in trouble if they don’t meet the production requirements.

As the leader, you need to emphasize that under no circumstances do you want anyone putting themselves in the potential situation of getting injured just for the sake of making a few extra units.

What do you do in order to build a safety culture with your team?

There are a few elements that drive this from a leadership perspective. One is explaining the importance of it, so that people understand why it’s so crucial that safety is a priority. Then provide the training and equipment needed, as well as the personal protective equipment (PPE). It’s also about observing things and saying something. I was in a company recently where they said, despite the policies and rules, the supervisors were not enforcing the rules.

If you see something, you’ve got to say something.

Based on what you observe, you’ll either praise it or you’re going to have to have a conversation to get things back on track.

The conversation initially should have a coaching tone to it. It’s not accusatory, it’s not about punishing people, and it’s certainly not about yelling and screaming at them. It’s simply about explaining why, in the future, you need them to act a certain way. By correcting the behavior quickly, the chance of it happening again will be diminished.

Even though safety has become very compliance oriented with a lot of audits and checklists and rules, the reality is it’s still about caring for people.

Don’t allow yourself to slip into the mode of thinking that safety is something you “have to do” because it’s policy and you’re just checking the box.

That’s not the attitude people are looking for from their leader. Remind them that you want them to follow the rules because you care about them.

Making safety the cornerstone of your engagement efforts lays the foundation for other engagement initiatives.