To Promote From Within, or Not: That is the Question - Unique Training & Development 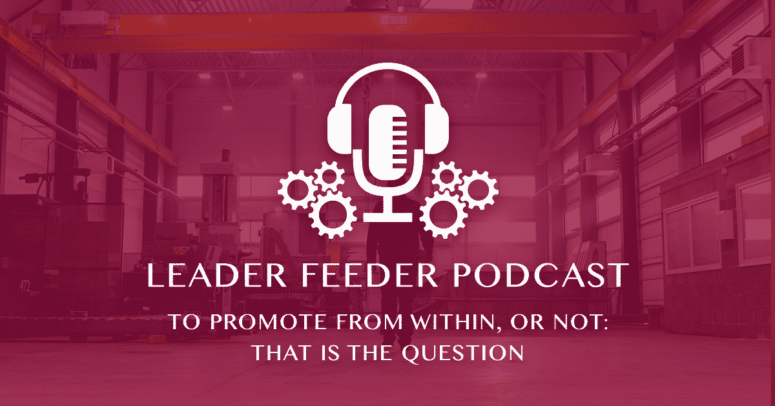 To Promote From Within, or Not: That is the Question

Promoting from within is still a good idea, despite many of the pitfalls involved.

Most of the people in our training classes report being promoted from within. There are several advantages that come along with it.

For instance, they know the work; they have a better understanding of how the company operates, and they already have relationships with their fellow co-workers. The experience, relationships, and knowledge that come with working for a company can be leveraged as a tremendous advantage.

Secondly, it’s beneficial for the other workers to see that people can be promoted from within because it gives them hope for career progression.

When it comes to helping the organization change in order to be successful in the future, many would rather count on the players that they know, rather than taking chances on people that they are unfamiliar with. Click To Tweet

While there are many advantages to being promoted from within, there are several pitfalls as well.

One of the biggest pitfalls is managing friendship and leadership. Many supervisors are worried about the relationships that they have with their front line workers and therefore find it difficult to coach, correct or discipline. Consequently, they might defer or procrastinate talking about deficiencies in productivity, safety or quality.

If you’re a front line leader, it’s important to address problematic situations that arise in your team. If you don’t, you will lose respect from your team. As well, if a high performer notices someone on the team who is not being corrected or held accountable for their actions, it will de-motivate them.

Knowledge and understanding of processes and job execution can also be a pitfall. Unless you’re open-minded, you might resist changes and improvements that are needed to move your department forward in its performance. Just because it isn’t something that you were used to, doesn’t mean it will fail. It’s better to have a spirit of curiosity in trying new things before discarding them.

Some organizations are more open to hiring people from outside the company to fill their leadership roles. Often the new leader has many things to learn, and they tend to face resistance from the people who have been working for the company for a while. If you are brought in from the outside, it’s important that you take the time to build relationships with the people and learn the layout of the land first before you start making any dramatic changes to the work crew.

The people inside your organization know the business better than anyone else on the outside. When it comes to helping the organization change in order to be successful in the future, many would rather count on the players that they know, rather than taking chances on people that they are unfamiliar with.

As a leader, what is the biggest challenge you have noticed that people promoted from within face? Let me know in the comments below.