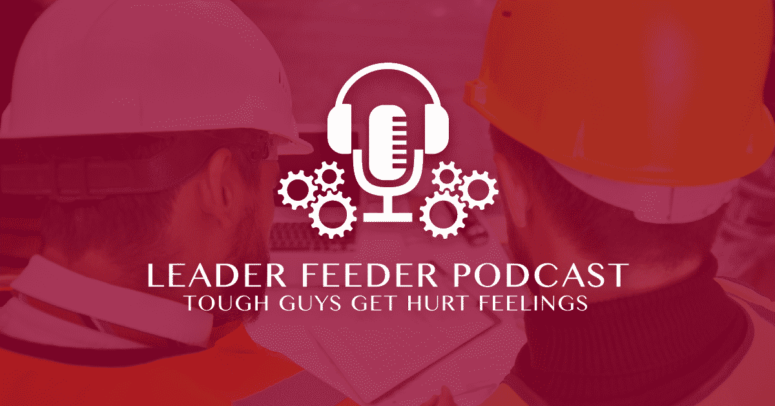 The tough guys on your team get hurt feelings.

Yes, even those tough guys are sensitive on the inside.

And when their feelings get hurt, instead of whimpering, they come out swinging, substituting anger for sadness.

In the toughest, grittiest work environments, where the work is tough and the workers are just as tough, you might mistakenly think that those tough guys don’t have feelings, and you’d be wrong. What they’ve learned is to never show their weakness to others. When speaking face to face with one of those tough guys, what they reveal is that they get sick and tired of not being listened to and being told what they’re doing isn’t good enough.

An impressive department manager in one heavy equipment company ended up getting all the highest-seniority guys who were deemed to be misfits in their original departments. For most supervisors, those guys would be too much to handle, but he was the right mix of being a no-nonsense and an easygoing guy. He could joke around, but not get pushed around. He earned the respect of the guys, and they were better behaved than they were with softer supervisors.

The tough guys in your workforce still need the same things as any worker, except instead of hiding what they think, they speak it out loud, often aggressively. Click To Tweet

They have a lower tolerance for stupidity, and they can smell a phony a mile away. What the tough guys want most of all is respect. They want to be told things straight up without any spin, and they want to be asked for their opinion.

Leaders often have a difficult time with the gruff way these tough guys express themselves. However, if you listen carefully and acknowledge what they’ve said, you’ll find that those guys will be loyal to you and the company.

Do you need help on how to communicate and lead your “tough guys”? Contact us for on-site training.