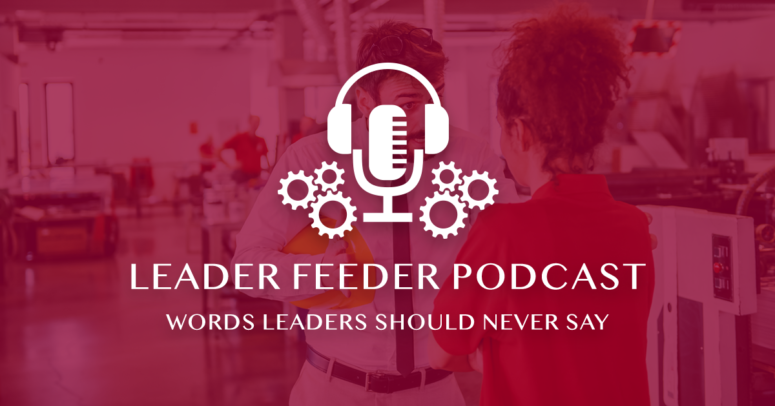 What are the words that leaders should never say?

Let’s look at some of the things that leaders say that they absolutely should not say.

When we teach communication, words make up only 7% of our message and the other 93% are things like tone and body language. Even though the words themselves are a small percentage of the impact, once they leave your mouth, you cannot retrieve or retract them.

As a leader, your job is to build up the emotional capital with your group, with your boss, and even with your peers.

After all, you want them wanting to do a favor for you. So, if you’re using words that are negative, it’s going to actually decrease your emotional capital with them, making them less likely to want to help you out.

Now, some less mature or less seasoned supervisors have been known to blurt out inappropriate comments that turn their team against them.

I just want to give you a few examples. This is by no means an exhaustive list.

The first thing that you might say that you shouldn’t is something like, “You’re lazy,” or “You’re stupid.” The reason for that is you might be frustrated by whatever the behavior is.

But think about when you call somebody lazy or stupid or any other emotionally laden word that is insulting to them as an individual.

When you use those words, it causes that person to develop a very deep sense of hatred for you. And hate is another one of those words that you probably shouldn’t use. You don’t want your team to turn against you because you’ve labeled them.

As a leader, your job is to build up the emotional capital with your group, with your boss, and even with your peers. Click To Tweet

Now remember, when you’re dealing with a personal behavior issue or production issue, you want to talk about the issue and specifically what they did, not label them.

Instead, why not say, “I see you’re struggling, but I still have confidence we can work on this and you’ll get better and you’ll be able to meet our expectations.” That should be your view. Even in a disciplinary talk, you want the person to strive for success. 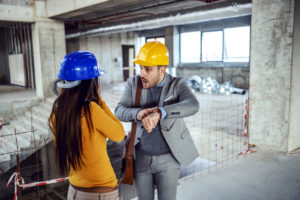 The third phrase that I think you should avoid is saying that you’re disappointed in someone.

That’s like when your parents told you, “I’m disappointed in you because of what you said or did to your sister or brother.”

It’s a very powerful phrase and therefore if you used it strategically, you might be able to get your team to buy in and be even more dedicated, but I think there’s just so much negativity attached to being disappointed. Why not just say, “You know, the production numbers aren’t where we need them to be,” or “I need you to make sure that your attention to detail is increased,” as opposed to, “I’m really disappointed in your behavior.”

If you’re going to use that phrase, use it sparingly and make sure your relationship with the person is such that they know you’re still supporting them.

None of this means you can’t address problems, right?

There’s going to be problems. However, talk about the problems, behavior or performance issues, in terms of specifics. Remember, focus on behaviors or performance, and avoid those kinds of negative emotional words that are going to destroy the relationship you have with your team. Because once it’s destroyed or eroded, you’re going to have trouble repairing it later on, and it might mean the end of your leadership career.

Let’s focus on being more positive, be more specific when we comment on performance issues and avoid those emotionally laden words.