How can you as a front line supervisor deal with dominant personalities on your team?

There are two types of defensiveness people use to protect themselves. Passive defensive, and aggressive defensive. We’re not going to focus on passive defensive, which simply means  the person protects themself by laying low and following the rules and checking in with you.

We’re going to focus today on the aggressive folks. How do you deal with those dominant and aggressive peers, team members, and even managers?

The first tip I have for dealing with a dominant personality is to be direct. Aggressive people only understand it when you are very blunt and direct. That does not mean you have to be inflammatory. You do have to be direct, and that means not beating around the bush. Saying, “Hey, the way you spoke to me in that meeting is unacceptable and I won’t accept it any further in the future.” That’s being direct.

The second tip for dealing with a dominant or aggressive person is use facts and evidence. Aggressive people don’t like to argue with the facts. If you present them the data you have about their behavior or the impact, such as video footage or examples, they’re going to suddenly realize they’re not going to win this battle.

The third tip I want to unfold: you need to give them the opportunity to withdraw gracefully and save face. When you use facts and evidence and it becomes apparent to them they cannot win the argument, they tend to get into a state where they’re afraid of being embarrassed. And if you’re an aggressive person who likes to show strength and dominance, you never really want to show your weak side. 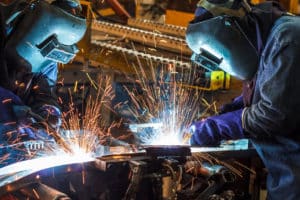 As the leader, if you want them to be able to save face, give them the chance to withdraw or change their mind. A hypercompetitive person needs to win at all costs and if they can’t win, they’d rather not play. Give them an opportunity to withdraw their concern and to back down and save face.