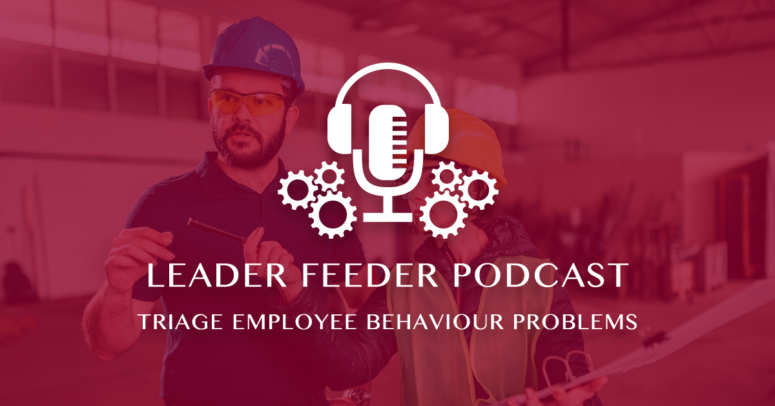 How should you as a front line leader triage employee behaviour problems?

As a leader, when determining the consequences to apply to a behavior or performance issue, you’re going to do the same thing that a nurse does in the emergency department – triage.

Triage in a hospital means the nurse assesses the severity of the situation and determines how urgent it is to be seen by a doctor.

In a similar way, as a front line leader, you’re going to have a wide range of employee behavior issues and, just like the triage nurse in the ER, you need to look at the severity of each one. However, unlike a medical triage, you’re going take into account the frequency of the behavior.

In the same way as a hospital triages emergency situations, you’re going to assess the severity of the particular infraction and assign them to different tiers. Basically, there are the very serious issues that are going to require more consequences, and then there are the relatively minor issues that might need to have a comment, question and a “please stop this in the future” type of conversation.

There are nuisances or minor issues. Those would be things like somebody is late coming into work a couple of times, maybe they take a bit of a longer break or maybe they said something in a harsh tone to one of their coworkers. This affects you and others, but they’re not super serious unless they continue to increase in frequency. 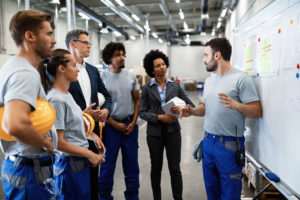 Then there are those serious issues. Serious issues could be as extreme as stealing from the company or an assault. If there’s alleged harassment, you need to take it very seriously as a leader and do an investigation. You’re likely going to need human resources to help as well.

Then there are things that are in between minor and severe. Maybe somebody did something to disrupt production or didn’t do their quality checks and it caused defective product to be produced. They’re not small issues, but they’re not super serious, depending on how much product was affected. You will need to decide, is this something I can just have a conversation about, or am I going to have to engage in a more formal disciplinary action?

Not all problems are the same severity and you need to know when and how to address them all. Click To Tweet

When you’re addressing these kinds of issues, ask yourself – what is the root cause? Is this a skill issue or is it a will issue?

When to Involve Human Resources

With the medium to more severe issues, unless you’re really skilled at handling them as a front line leader, you’re probably going to have to involve HR.

But don’t involve HR all the time. They should only be involved in the more serious ones to make sure all of the correct steps are taken, such as with written warnings, suspensions or terminations.

Do not give all correction duties to HR and never get involved in those discussions. Doing so has a negative impact on the relationship with your team members. After all, if you’re handing the problems to someone else to deal with, they’re going to lose respect for you and it will make it difficult for them to follow you as their leader.

Part of being a front line leader is to triage the performance issues, decide how severe they are and how frequent they’re occurring, and make sure that the consequence fits the situation so that it’s not too heavy or too light-handed.