As a front line leader, do you blame senior management or HR when you make an announcement to your team?

It’s so important that you own the message you deliver to your team.

It’s very easy to fall into the trap of wanting to be liked by your team by just saying, “You know what, guys? I’m just going to tell you things that management has told me to tell you, but I don’t really believe in them.” Think about what that does to your credibility as a leader and to the respect that you get or don’t get from your team.

They know you’re part of the leadership team, so why do you pretend like it’s us versus them?

Realize that when senior management or HR tells you to communicate something to your team, you should stop pointing fingers back at them and simply own the message. Click To Tweet

What do you do when you disagree or don’t understand something that management has asked you to communicate to your team?

Find Out the Reason Behind the Announcement

Maybe you didn’t fully understand it when it first came out, or maybe your boss didn’t explain clearly the reasons why. Your job is to find out the rationale behind it. Do it respectfully so you’re not insubordinate and so your boss doesn’t feel threatened.

Once You Understand, Explain It to Your Team

Inevitably, some members of your team are going to have the same skepticism that you might have had. You need to deal with some of their excuses or objections. If they say, “Oh, this thing is stupid. This will never work. We tried that two years ago.”Respond with,“I hear what you’re saying. You know what? Sometimes when you first look at something it doesn’t look like it’s going to work. But then, remember how we did that with this other project and it turned out better than we all thought? Let’s stay open minded and experiment!” 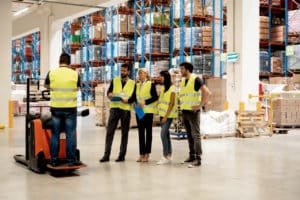 It’s very unlikely that the first time you launch something, it’s going to go according to plan. Remind your team of this possibility. “Guys, sometimes we don’t know ahead of time what’s going to work and what’s not going to work. We should just give it a shot. If it doesn’t work, we’ll change it, we’ll tweak it, we’ll improve it. If it does work, then we’ll prove that we did a good job on it. We’re not here to second guess the decisions that get made by senior management. They’re not making these decisions to mess around with us. There’s no evil scheme to make our jobs more difficult. Our job is simply to execute, put them into action, and provide feedback to management so that they can make better decisions.”

Leaders, realize that when senior management or HR tells you to communicate something to your team, you should stop pointing fingers back at them and simply own the message with your team.

Find out what the rationale is, communicate it, and encourage your team to have a sense of experimentation and trial.